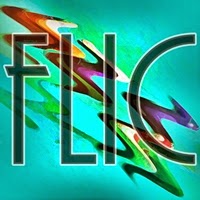 First up in our Gateway Test Fly Series are two new molds: Devil Hawk and War Spear. Both were produced in Sure Grip plastic and weighed-in at 175g.

According to disccellar.ca, "Devil Hawk: uses the Chief flight wing (pronounced bead) and their newest design element: an integrated 'thumb track'. War Spear: uses the Shaman flight wing (beadless) and the 'thumb track'". While I agree with the above descriptions, the main feature of each disc causing specific flight characteristics are clearly the flight plates. Devil Hawk has a pronounced convex shape, making the thumb track have no inside edge, while War Spear has a concave (bubble top) with both an inside and outside edge to the thumb track. In comparison to many Gateway molds, both discs offer a low profile similar to that of a Shaman. 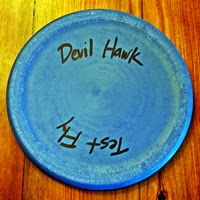 Inside the circle, both discs exhibit a stable, straight and virtually zero glide path. Putt into the wind, and one can expect a flat arc to the basket. With the wind, one should elevate the release dramatically to counteract the seemingly negative glide affect. War Spear has slightly more lift from short distance. Compared to other putters in my bag, I have to push these discs with significantly more power, and focus on a higher target. I was not successful using either disc for long-ish down wind putts.

On approach shots outside the circle, these discs couldn't be more different. Devil Hawk is extremely overstable. It starts turning within 25 feet of its release. Additionally, the low glide flight characteristic makes it ideal for low ceiling, tunnel or sharp turning lines. Staring it on an anhyzer angle does nothing to deter the strong fade. I don't expect it to reach beyond 200 ft with my modest arm speed. Although I haven't yet taken the Devil Hawk into the woods, I could see how it might add value for certain controlled throws. 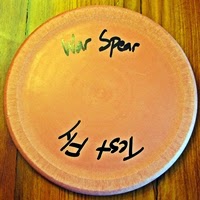 War Spear has a more stable-overstable flight when compared to the Devil Hawk. With additional glide at high speed and higher release, it will turn hyzer or slightly anhyzer before finishing with a moderate fade. When compared to Aviar or flat-top Shield shaped putters, War Spear will not maintain altitude, resulting in lower and shorter flights. As with the Devil Hawk, I would use it for low ceiling or tunnel control approaches by aiming right at the obstacle. And then watch as it automatically drops-in below.

Both the Devil Hawk and War Spear are ideal for any throw where fly-away is a risk. Neither disc sailed unreasonably beyond its intended target. In each case, the Thumb tracks provided comfort and an element of release control.

For more information on these disc or other Gateway products, view gdstour.com.
Posted by Unknown at 6:52 PM

Email ThisBlogThis!Share to TwitterShare to FacebookShare to Pinterest
Labels: Review